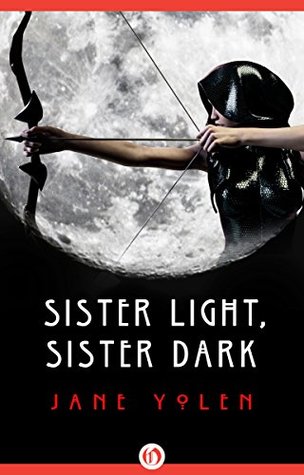 Jane Yolen uses three voices to tell the story of the white-haired child, Jenna, who is found by the warriors of the Hame: straight-forward story telling, folk songs, and academic analysis. Among the three sources emerges a world in transition, awaiting the white leader who is to take their world through a disruptive time to a new world order.

Jenna, also called Jo-ann-enna, learns that she is this white warrior. Her growth into the prophecy is rocky, resisted by the leaders of her world, accepted by some. The calling forth of her dark sister, Skalda, visible only by moonlight and candle light, helps her to accept her fate.

Jane Yolen has a gift for world building that creates an articulate, believable world for Jenna to come into her powers. This book, the first of three, is a solid introduction to her life and surroundings. 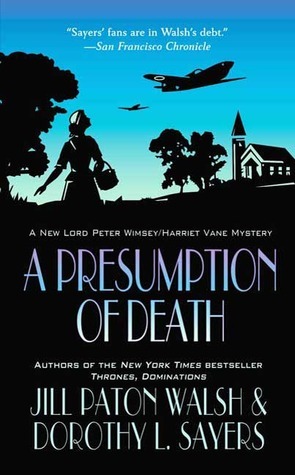 When I read the completion of the unfinished novel Thrones, Dominions by Jill Paton Walsh, I was impressed by her ability to copy Sayer’s voice so well I couldn’t tell where one left off and another took over. I had high hopes that she could continue on her own. Unfortunately this book failed to fulfill that promise. Lord Peter is missing, gone on a secret mission, for most of the book, and Lady Peter is just not as interesting when alone.

When he returns, things don’t improve much. His ghostly presence reminds us of the old Lord Peter, but he is an anemic shadow of his former self. Jill Paton Walsh just doesn’t have the knack of bringing him to life. Sayers was accused of falling in love with her creation, but it made for a robust, lifelike character. Walsh is too detached to bring him to life. 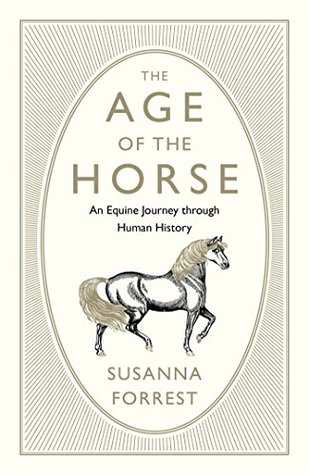 It is difficult to review this book. It would be easier if it were a rant or a rave. Instead it’s just ‘meh.’ The author looks at six uses of the horse from the dancing horses of the haute ecole to the draft horses that are making a comeback in agriculture. There is no unifying thesis to bind these disparete articles into a whole. Instead they read like magazine articles published at various times.

If you know a young person who is horse mad and not very critical, this book might make a nice gift. 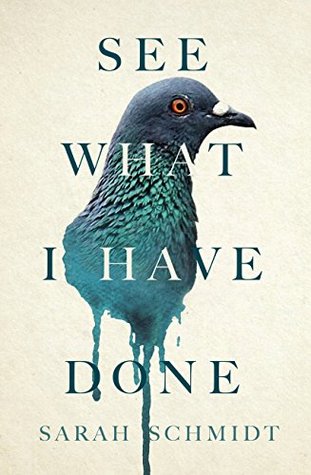 On August 4, 1892, Andrew and Abby Borden are murdered in their own house. Their daughter Lizzie is taken into custody eight days later. After 10 months in prison, she is found not guilty of the murder and released, but suspicion lingers around her as she lives out her life in Fall River. No other suspects are taken into custody.

These are the bare bones of one of the most sensational murder cases in American history. Ms Schmidt takes the bare bones and clothes them in details of tension, dysfunction, and family undercurrents.

The book is well written, but nothing can disguise the repellent nature of all the people involved. The house full of the smells of summer: sweat, rancid food, and vomit. Meticulous details of the sources of these smells are lingered over in detail. I would not recommend reading this book in the summer. 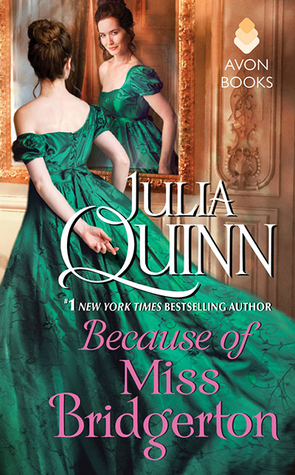 Fluff. Piffle. Light reading. Entertaining, but no substance. These words are frequently applied to romance novels. They completely disregard the craft necessary to write a satisfying romance novel. Nobody mocks a souffle because it isn’t roast beef, and much more art and craft are required to create a souffle. A light hand and a sense of timing are of the essence if you are to have a tasty dish instead of a wreck on your plate.

Julia Quinn demonstrates a light hand and a knowledge of how to keep it light. Her dialogue sparkles. Her characters are likeable and believable even if the situation is not. I particularly like her clear-headed, sensible hero. His straight thinking comes to his aid at the end, but all along it is his friend. In contrast, Miss Bridgerton shows an impetuous nature and an ability to get into trouble. They make a good pair.

Roast beef can be had anywhere, but a perfect souffle is harder to come by. 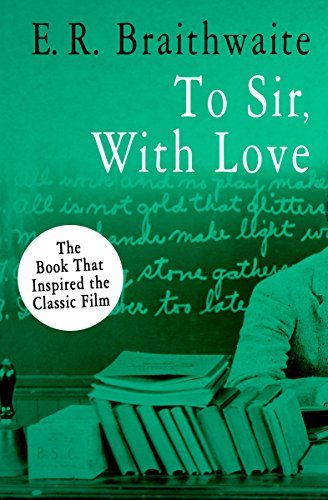 When E. R. Braithwaite died recently (Dec 16 2016) at the age of 104, I realized that I had never read his famous book. I had seen the Sidney Poitier film, but had not read the book. I purchased a copy from Amazon and began to read.

One thing I don’t remember from the film was how qualified Braithwaite was for a job in science. He had a Ph.D. in physics, as well as extensive experience. His work in his field was interrupted by the war, where he served honorable as an officer in the R.A.F. He expected to obtain a job shortly after mustering out. Instead, he found the doors shut in his face because of racial prejudice. At last, desperate for a job, he took a position as a teacher in a school desperate for teachers.

He found the attitude and lack of discipline on the part of the students in the East End school shocking. Slowly, using a combination of respect and discipline, and demanding the same from the students, he transformed a bunch of rowdies into a classroom of respectful students, ready to learn.

The book is as much about race relationships as it is about education. Carefully negotiating the minefield of prejudice, his own anger, and closed doors, takes up a large portion of the book. Braithwaite describes the barriers to ordinary transactions such as trying to find an apartment, walking out with his white girlfriend, and ordinary encounters with the general public.

The interactions with the students are entertaining, but it is his viewpoint on race relations that make the deepest impression. 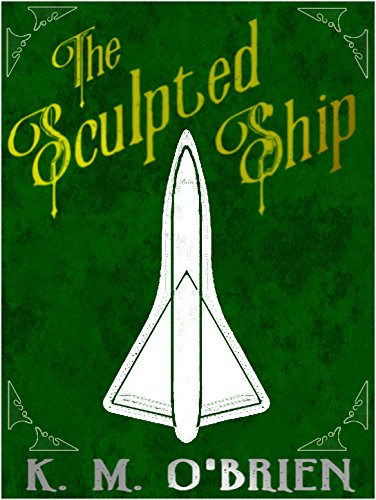 When Anailu Xindar is forced from her job, she almost has enough money to go on her own as a starship captain. She has the skills, knowledge, and certification—all she needs is a ship. Haunting the used ship yards, she is stunned to find a Dove class luxury liner she can just afford. Missing several key components, the ship is not yet ready for interstellar flight, but it will do for local trips to earn her the money she needs to outfit it for space.

Anailu’s adventures as she scrapes together the money to buy the parts she needs leads her from smuggler’s dens, to dinners with high society, and perhaps the most dangerous—the salons of high fashion for a new uniform. Along the way, she picks up a couple of sentient robots and a few parts that lead her closer to interstellar flight.

There are questions that are not answered, especially dealing with Anailu’s origins, that leave room for a sequel without being cliffhangers. I look forward to the next book. 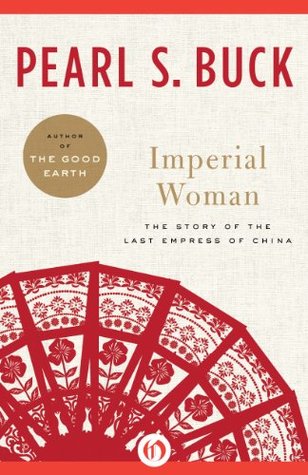 In this book Pearl Buck undertakes to tell the life story of Tsu Hsi from the age of seventeen, when she is chosen to be one of hundreds of concubines, to an old age as the last empress of China. All along the way, her beauty, intelligence and manipulative power enable her to survive crisis after crisis, reveling in the support and love of the Chinese people.

It is a remarkable story of a remarkable woman, rising and ruling entirely in her own right. She must straddle the desires of her own heart and the impinging power of the pressure of Western societies who desire trade. She is also besieged by missionaries who wish to introduce a foreign religion, Christianity.

The final words of the book give the key to her success: “‘Well, well,’ she said, and laughed to indulge them. “Perhaps,” she said, “perhaps—'”

It was by taking after the reeds, always bending before the winds of change, but never breaking, that she was able to rule for so many years. 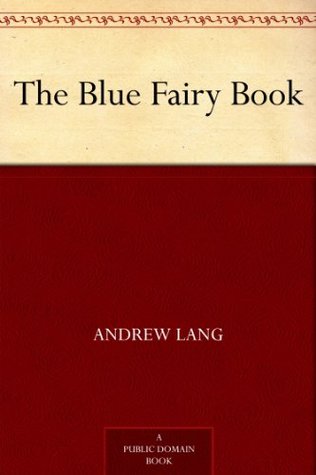 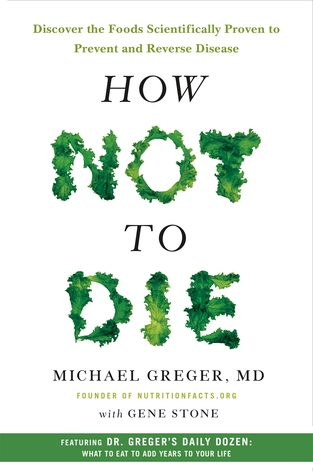 The title is a lighthearted title for a deadly serious book. Of course, we all have to die. Dr. Gregor’s intention is to prevent our dying prematurely. His stand is that a plant-based diet is the best way to prevent premature death. Backing up his assertion with reputable research from reputable journals, he shows  how a plant-based diet is the healthiest way to live.