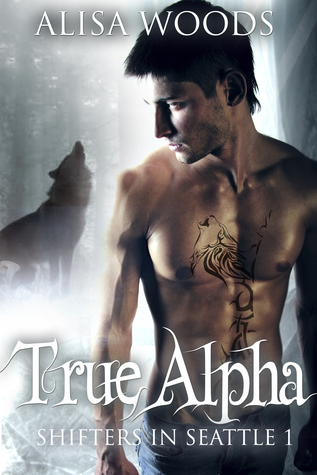 Maybe it’s age, or long-time exposure to erotica, but sex scenes don’t do it for me. I guess I’m jaded, but they just don’t make my lady parts tingle anymore. Perhaps a younger reader would find more enjoyment.

That being said, the non-sexy parts of the story were pretty good. College girl Mia Fiore is quitting her job at a lousy bar, when she is attacked by three wolves outside. Rescued by a handsome, large wolf, she is saved and escorted safely home. When she reports next day for her internship at a dot-com, guess who her boss is? If you said the sexy, handsome wolf who saved her, you’d be right. He wants her, but has a deep dark secret that keeps him from committing.

Stuff happens, and they get their HEA you’ve been waiting for. Along with the hero/heroine, I enjoyed her roommate Jupiter AKA Jeeter, with her flamboyance and attitude. I wouldn’t mind reading a book about her. 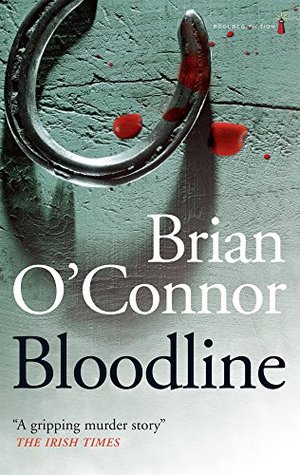 I suppose the author is sick of being compared to Dick Francis, but there are worse authors to be compared to. His main character seems to be lacking to masochism gene that is such a prominent element in Francis’ characters. This guy knows how to enjoy himself.

A workmanlike murder mystery, but for me the attraction is the life of professional jockey and the horses. I would read another Brian O’Connor book with equal enjoyment if horses were at the center of it.

#1: The Care and Feeding of Griffins

#2: The Wizard in the Woods

#3: The Roads of Taryn MacTavish 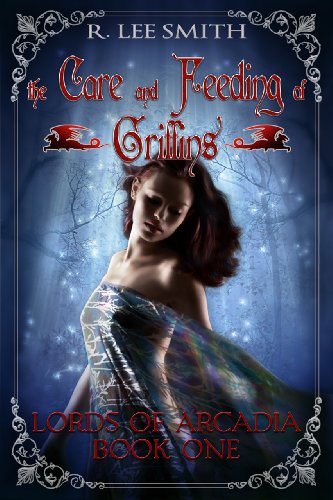 Damn you R. Lee Smith! Is every book you write a compulsive page-turner? Lucky for me I started this series at a time when I had no commitments and could devote all my time to reading.  When I was not reading, I was thinking about getting back to the books to find out what happened next. Now that I know what happens next, I can reread the books, slowly savoring the character development and descriptions.

I have listed these books in one review because they are essentially one story, starting with Taryn’s finding a griffin egg as a child. When the egg hatches, she is at a loss to know how to care for it. Her search for knowledge eventually leads her to another world. She finds mythical creatures such as minotaurs, wizards, and centaurs, only they are fiercely protective of their land and not friendly to humans.

As she struggles to survive, protect her griffin, and learn how to survive in this strange world, she comes to a deeper understanding of herself and her place in this world.

The themes I have come to recognize in Smith’s works are all there: a heroine in an unfriendly world, beauty-and-the-beast, and the importance of sex as a means of communication.

By the end I was exhausted and sorry the story had come to an end. 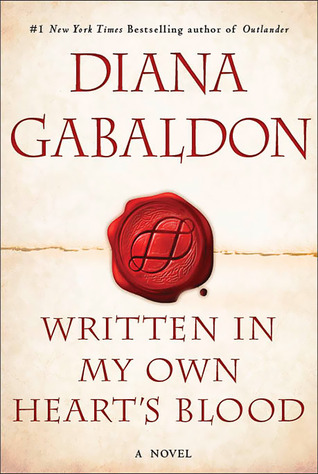 I first started reading this bloated and undisciplined melodrama in November 2014, and it has taken me two years to wade through Gabaldon’s most recent book.

The plot is so complicated with subplots that each character gets only a few pages before we jump to another subplot. Of course there’s Claire and Jamie, now an officer in the Continental army; Ian, Jamie’s nephew, an Indian scout for the army; various other relations of Jamie’s, including his sister Jenny and her offspring; Brianna (in modern times) and Roger, who has traveled back to the 18th century searching for his lost son; Sir John, an officer in the British army and his brother; and William, Jamie’s illegitimate son who was raised by Sir John, also an officer in the British army. At least, if I recall correctly no one gets raped in this book.

Why do I punish myself by reading these books as they come out if I dislike them so. Well, aside from a certain masochism, when she wants to Gabaldon can write a compelling scene. That’s one reason. The second is that I’ve spent nearly 20 years reading these books, and they have to end soon. Please God. 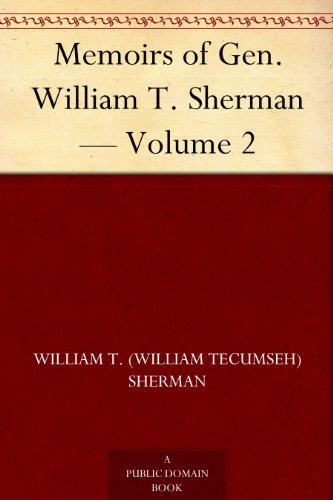 After reading The March by E. L. Doctorow, I was curious to know what Gen. Sherman himself thought about the destruction he worked upon the south, so I started reading his memoirs. He didn’t actually say much about the march in his memoirs, just stated his opinion that the south started the war, and he was going to make them feel it.

Even though I never learned what I wanted to know, the memoirs were fascinating. Sherman retired from the army, spent time in California during the gold rush and settle down in Louisiana as head of a military academy when war became apparent. He resigned his job, took up his commission in the army and became a soldier again.

The bulk of the book takes place during the war years, and his memories of the war are fascinating. I am sure Civil War buffs (of which I am not), salivate at his detailed descriptions of various battles and letters back and forth between him and other officers. I confess they bored me stiff and I skipped a lot. They are stiffly written in military-speak, and I didn’t find them very interesting. There were other descriptions that were interesting, including an account of the death of his son the deeply touch the reader.

After the war my interest picked up as Sherman became embroiled in politics and found himself going back and forth between President Johnson and General Grant. He was very uncomfortable in this position and extricated himself as quickly as possible. He liked Washington D.C. as a city, but loathed the politics.

He ends the book with his retirement from active duty, and one must consult other sources to find out about his activities after retirement. One remarkable statement of his was in response to an attempt in 1884 to place him on the Republican ballot as president, “I will not accept if nominated and will not serve if elected.” It doesn’t get more emphatic than that.

He died of pneumonia seven years after retirement at age 71. He served his country proudly and felt he had nothing to apologize for. 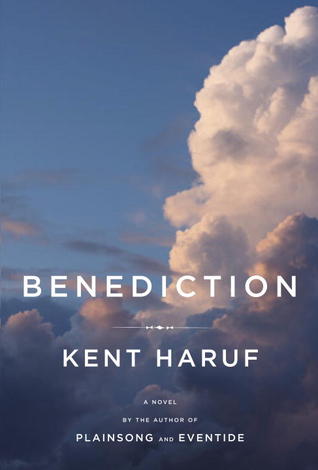 What a lovely and gentle book. We travel with Dad in his final days of life, as he struggles to wrap up his affairs and say his goodbyes to his family and friends. Along the way we learn about his estranged son and meet a pastor who is just a bit too Christ-like to suit his congregation.

Haruf’s writing, as usual, is plain and simple. Not a large book, but every word is necessary. Like Stewart O’Nan at his best, he gives the impression that every word is polished until it glows. On now to read The Tie That Binds.

Highly recommended. I have read three Haruf books, and he hasn’t disappointed me yet. 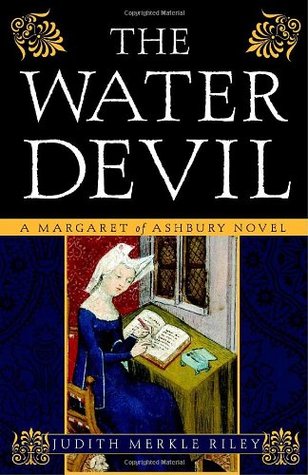 You think you have in-law problems? They’re nothing compared to what Margaret has to contend with. Her sister-in-law is insane. Her father-in-law has decided to sell her 12-year-old daughter in marriage to collect the money. Her brother-in-law is only concerned that he is in the latest fashion, and her husband seems unable to protect Margaret from the worst of them, at least not while the latest poem is uncompleted.  With the help of her old friends Brother Malachi and Mother Hilde, she come up with a plan to save the family.

I can’t help thinking what a lovely television series these books would make. What with insane in-laws, spirits, ghosts and general hilarity interfering every turn she makes, Margaret simply wants to return to her quiet life in London and settle down as the mistress of her own peaceful home. Boring. Instead we get the benefit the discomfort and chaos surrounding her, until she is forced to take action. At least her husband values her steady common sense, even if her in-laws don’t.

This third of the trilogy wraps everything up nicely. For now. Who knows what further adventure would have lain in store for Margaret had Judith Merkle Riley lived to write them? 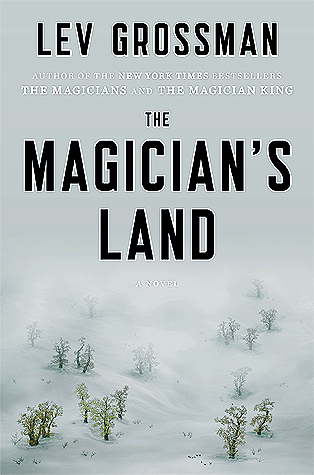 I can’t believe how Quinton has grown over the years of this trilogy. From an insecure boy to a well-assured man, he has carried us from the schooldays at Brakebills to making his own world. The other characters have grown, too, although I have my doubts about Eliot.

This was the most satisfying of the three novels in the trilogy. Grossman went from strength to strength describing his characters and their circumstances. He seems even more at home with adults than adolescents.

We see Quentin down and out and we see Quentin triumphant, with a strong sense of the price he has paid to get where he is. Everything has its cost—growing up most of all. 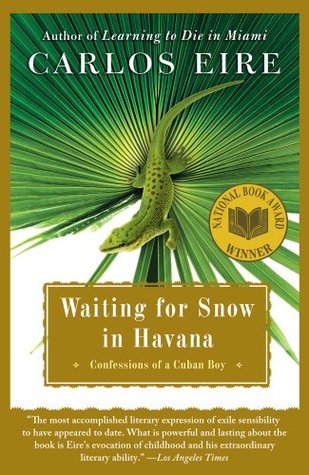 I heard this author interviewed on NPR, so when it turned up for $1.99 for Kindle, I decided to give it a try. I’m glad I did. How this kid survived his childhood with all the dangerous activities he engaged in is a mystery, but he did. His father and mother were completely convinced they were the reincarnations of Louis XVI and Marie Antoinette, so when Fidel came to power, they had a ‘here we go again’ attitude, only this time they were determined to escape before the revolutionary tumbrils rattled down the streets to pick them up.

They had to split the family up to leave the country. The children went first, expecting to reunite with their mother within a matter of months. Instead years followed of living in orphanages and foster homes before they were united. Their father did not leave Cuba, but stayed behind.

Cuba, as seen through the eyes of an upper-class child before Fidel, was a paradise. Except for the lizards. He hated lizards, and there were millions on the island. He killed as many as he could, but they won in the end. 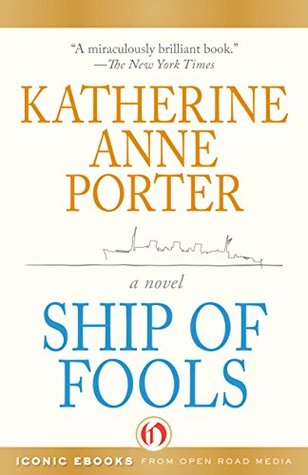 Some people write only one book, and one is all they need.To Kill a Mockingbird, Conspiracy of Dunces, and Black Beauty come to mind. The books are so perfect in their completeness that to add another would be wrong. How do you follow perfection? Anything else they write after the one, would be second best.

This wonderful book tells the story of the first-class passengers on a German cruise ship, the S. A. Vera, sailing from Veracruz, Mexico, and Bremerhaven, Germany, in 1931. Each passenger and ship’s officer is delineated in scrupulous detail. The narrative drifts in and out of each of their lives as the ship slowly moves closer to its destination. Apparently Ms. Porter never learned the rule that one doesn’t change point of view in the middle of a paragraph. Virginia Woolf knew it, I’m sure, but chose to disregard it.

The book has a claustrophobia feel to it. There is nowhere to go to escape the other passengers. Nowadays cruise ships are behemoths, carrying up to 4,000 passengers. There are many opportunities to avoid an unpleasant fellow passenger. This was not so in 1931. Meals were all taken at the same time with the same table companions. One ran into the same people over and over again while on deck. One learned more that one wanted to know about fellow-passengers.

The book is a fascinating exploration of characters from the revolting children Ric and Rac who like to throw things overboard, to the mysterious and engaging Condesa, who rates a compartment all herself. Ms. Porter shows each character with its faults and strengths in loving detail.

By the end of the voyage one doesn’t want the ship to dock but keep on sailing.